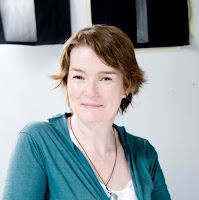 I am an exhibiting artist and lecturer at the CIT Crawford College of Art and Design, Cork and Cork Centre for Architectural Education.

My practice looks at qualities of photography and how the photographic process affects the act of looking. The photograph as an object, the materiality of that object and of the subject depicted are among the areas I explore.

I am inspired by architectural spaces where light has been used as a creative tool to define the structure and animate the space. Architects such as Tadao Ando & Steven Holl have been an influence on my practice, as well as artists such as Hiroshi Sugimoto and Olafur Elliason, whose work causes the viewer to have an awareness of their own presence in the viewing space.

In 2010 I received my Fine Art Masters (by Research) and since then I have had solo shows in Enschede, The Netherlands, Dublin and Belfast, and group shows in China, Paris, Cork, Limerick and Dublin. In March 2011 I received the first Alliance Francaise Photography award.
Recent shows include VUE, The national Contemporary Art Fair at The Taylor Galleries.
I am represented by Mark St John Ellis of Nag Gallery, Dublin.

To see my portfolio, please visit my website at www.roseannelynch.com.